Samsung Galaxy is the flagship line of Android smartphones and tablets from Samsung Electronics. The first Samsung Galaxy smartphone was released in 2009, and the first tablet in the line, the Samsung Galaxy Tab, was launched in 2010. Aside from the mobile gadgets, Smartwatches and Bluetooth earbuds are among the internet of things (IoT) devices available from Samsung. 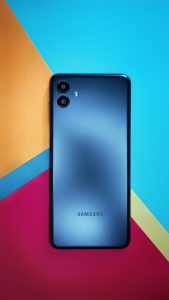 It is common that when you think about Samsung smartphones, the first thing that comes to mind is the flagship devices like Galaxy S22 Ultra and the new Galaxy Z Fold4. But for many individuals – who are on tighter budget — can get everything they need from the more affordable Galaxy A Series of smartphones.

The Samsung Galaxy A series is a fantastic mix of upper-mid to mid-range smartphones. Samsung launched the Galaxy A series in 2014 as a more pocket friendly alternative to the company’s flagship, the S series. The Galaxy Alpha was the first device in this series, and it was followed by a number of other devices over the years like the A03s,A13 and even the A53 which is popular among Kenyans. The most recent addition to the A-series is the Galaxy A73 5G, which was released in March 2022.

The Galaxy A series devices have mid-level specifications and features, a lower price tag, and a sleek design to capture anyone’s attention. This device is a great option for users who want an all-rounded smartphone without breaking the bank, thanks to features like an AMOLED display, water resistance, fast charging capabilities, and expandable storage just to mention a few.

You can also Read:

Sign in Create an Account
Lost your password?
Select the fields to be shown. Others will be hidden. Drag and drop to rearrange the order.
Click outside to hide the comparison bar
Compare
Open chat
1
Scan the code
Hello 👋
How can we help you?
Shopping cart close